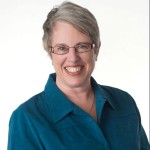 Our mission at Great Kids and Me is to inspire and motivate kids to follow their dreams by providing uplifting products to assist them to do so.

Kathleen Boucher is a registered nurse with over 30 years experience specializing in Intensive Care of adults. In July 2013, Boucher discovered a passion for writing children's books after taking an entrepreneurial course with the School of Online Business run by Mike Klingler.

Boucher has written three manuscripts with Emma and Elliot as fraternal twins. In each book the target audience is slightly older. Currently Boucher is searching for a literary agent to present the book Nine Ways to Empower Tweens with Emma and Elliot to a traditional publisher. Her hope and intention is to have this book in libraries and schools across North America. So that even those who cannot afford to purchase the book have access to it. To be accepted in schools and libraries the book needs to be  traditionally published.

Strengths and Personality: At 4 years old Boucher was afflicted with the polio virus. This caused a weakness in her left leg resulting in a life long limp. She believes this adversity at a young age allowed her to connect to an inner strength and positivity that radiates and surrounds her even today. She has an innate optimism and strength that attracts people to her.

Her father told her that before she dies she must do one thing that brings value to the entire world.  By writing empowering books for children she…