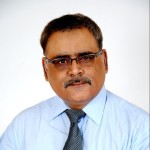 From Wellness to Prevention- A Journey

From Wellness to Prevention- A Journey

Dr Maheish M D Hukmaani is an Eye Surgeon by profession and did his
MS in ophthalmology from the prestigious S.M.S Medical college and
Hospital Jaipur ( Raj.) in 1998.

He practiced  till 2008, and jumped into the  field of Research with Quantum Physics
and Vibrational Medicine as his choice.
Planet Healers was Founded by Dr Maheish M D Hukmaani in Nov 2011.
His Research in Vibrational Medicine went on until one day he managed to develop a software for Voice analysis, called Jupiter Voice Scan or JV-SCAN, as a new Holistic approach in Diagnosing the Trapped Emotions Of Sub conscious Mind &  treating the human body deficiencies in the form of pure sound frequencies named by him as HEALING CODE THERAPY.


JV-Scan is a new Diagnostic Tool in the History of Medicine as per the Guidelines and Standards Laid down by W H O for achieving Disease Prevention.

Till date Allopathic Traditional System of Medicine has ruled , with an array of Diagnostic tools and Treatment options; Drugs/Surgery.

It’s a Part of Curative Diagnosis, that is for Curing a Disease.

However None could be Helpful in achieving Disease Prevention.

There was a need for a system for Preventive Diagnosis, which would diagnose the Disease Process at an Early stage to bring about its reversal.

With this in Mind and the W H O guidelines, I began my Research in order to have a new Diagnosis System for Early detection and Root Cause Analysis.

I was able to complete stage One of My Invention with the Development of the Software for Interpretation of Voice by June 2013.

Since then the System has undergone many changes to bring Pin Point accuracy in finding out the Missing Frequencies and Highlighting the Frequency Associations at the Micro level:
·       The Emotional Level
·       The Cellular Level
·       The Physical Level

Initially we were Highlighting only the Missing Frequency Associations in Bringing About Balancing of the Body Mind & Soul  by The Same Frequencies, as  part of Our Sound Therapy Regimen.

Changes were Brought Forward in due course…