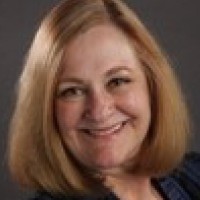 Do you know what "Backwards and in high heels" refers to?

Do you know what "Backwards and in high heels" refers to?

During one 18 month period in the mid 1980’s, Katie lost the restaurant she and her husband, Walt, had owned and operated for two years; they filed bankruptcy; Walt had back surgery and was an invalid for two months; they lost their home and while on vacation in January of 1986, in San Francisco, Walt died of congestive heart failure. It was his fourth heart attack. He was 52 years old. They had been married for only seven years.

Katie knew it was time to quit smoking since it had, in part, killed her husband and she decided to use hypnosis to do it. She shared that idea with her Dad who said, “Why don’t you just become a hypnotherapist”?

It turned out that one of the premier hypnotherapy schools in the country was a 15 minute drive from her home. In October of 1986, she enrolled in classes at the Washington Hypnotherapy School taught by the renowned Charlie Tebbetts, the father of modern hypnotherapy. How’s that for luck?

Katie had been on every diet in the world and was 50 lbs heavier when she began to create The Lighten Up! Weight Loss Program in May of 1987.  As a constant dieter, she knew she had to create a program that she could live with for good and not die young like her husband, Walt.  Lighten Up became Living Lite in 2001.  And Katie has kept off that 50 pounds for nearly 30 years.

Katie is a popular speaker on motivation and health.  Her most popular talk is "How to Be a Genius as Taught by Albert Einstein."