I am ready for whatever puts my soul's missions on the highest vibrational path and in absolute alignment with Source!

Tracy’s personal journey of Awakening and healing began in 1998 when she became acutely aware of her natural abilities to feel others’ emotional and physical pain. She also received messages for others and developed her gifts into intuitive counseling and massage for her friends and family.

In 2011, she began studying different physical and energetic modalities. She became a Reiki Master/Teacher in 2012 and has also studied EFT, Access Bars, and Oneness blessings, as well as having a strong interest in astrology. Through these experiences, she discovered more about her role in being a facilitator to help others heal themselves.

In March 2017, Tracy began receiving messages from Spirit that she would become a steward for a new Ascension energy modality called Cornerstone Energetics. Since that time Tracy has grown her practice to include the Lightbody Metamorphosis, upgrading the human energetic system to Unity Consciousness, Christ Consciousness, and now Avatar Consciousness levels, paving the way for every person to become an Ascended Master. 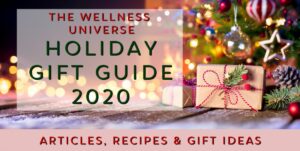