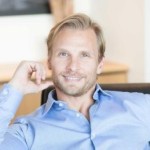 Changing Lives From The Inside Out

Changing Lives From The Inside Out

With a career path made for movies, Steve Jordan was launched into the world of wellness by rehabilitating himself after a traumatic brain injury. His holistic approach to recovery and its incredible results soon landed him a position at the White House as a fitness instructor under the Clinton Administration. Currently residing in Los Angeles, Jordan has been an educator for the National Academy of Sports Medicine trainer personal trainers and is sought after for his coaching by celebrities, fortune 500 companies, thought leaders, royalty, professional athletes and the like seeking transformations from the inside out.