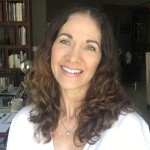 Since the launching in 2011 of her best-selling autobiographical novel “While I Was Learning To Become God” that soon after became a trilogy, Roxana Jones has helped thousands of people across the globe through her books, articles, healing programs and HealThruWords® inspirational quotes that are shared daily through her online community of 150K+ followers. For many years, Roxana searched for her answers in the academic world where she earned a B.S in Anthropology in 1990, a Master’s in Political Science in 2003 and a Master’s in International Relations in 2006, until she realized that what she was looking for was already within. Her awakening allowed her to discover a new path through which she was able to reconnect with her childhood gift as a writer and spiritual healer that uses words as conduits to channel transformative energy to the world.