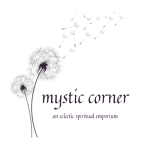 A blended approach to supporting the mind, body and soul - using spiritual,…

How it all started -

Lets take this back to before Nikki's Mystic Corner was even thought of, shall we?  Nikki has always been interested in all things spiritual, metaphysical, occult and other wordly.  Reading many, many books and lots of different subjects around these areas from quite a young age.

She was then gifted her first set of Chinese Mah Jongg Oracle cards when she was 17, by her mum.  She had sets of other tarot cards but could never quite get the hang of them until she was bought the oracle deck.  Quite different to ordinary tarot, the symbology immediately resonated with Nikki on every level.  (Even leading her to have tattoos of a dragon and a phoenix to symbolise the meanings of the very same cards in the deck).  Spending years reading for only family, before feeling confident enough to start to tell other close friends that she read them.  Finally getting to a point where she felt comfortable enough to offer readings to others and providing readings on a professional level.

We then get to August 2013.  Having given up her 'day' job after having her fifth child, she realised that some how she needed to start contributing to the household expenditures.  This led her to starting her page on facebook - www.facebook.com/mysticcorner .  From these humble beginnings in the world of facebook land, that has now led her to have an international following of nearly 3700 likers who she affectionately calls her Mysticals.  She offers regular daily guidance, competitions, giveaways, reading threads and so much more!

This then lead onto her energy therapy training, becoming first a Reiki Master and then adding more therapies to her repertoire.  And beginning to venture into the world of providing information packs and online courses.

At the same time as this was happening, Nikki was introduced to orgone.  Having ordered some orgone pieces for herself, she was quite disappointed when they came and knew that it could be better.  After having a meeting with a very close friend - Gary Long, and her long term partner…